Since we have established that dining out is one of my favorite excursions, whether with one of my kids, my husband, good friends, or all of the above, I got to wondering why I find it so rewarding.  Other than the obvious.  It is, after all, delicious fun.  Recently my husband of twenty-seven years and I traveled to Healdsburg to dine at Cyrus.  We had heard it was a meal not to be missed.  Chef Keane did not disappoint.

There is so much the current food culture has to offer.  As an artist, I relate to the craft it takes to invent many of these amazing meals.  As a writer, I delight in finding new and tantalizing ways to write about the meals I enjoy. I must confess myself often awed at the myriad expressions of culinary skills that abound in today’s food-obsessed world.  As someone who used to assist in the production of live theater, I see eating also as a newly invigorated form of in-person entertainment.  It is a lot like taking in a good play —  a play in which the diner is an important part of the performance.  As a member of society at large, eating with others is the ultimate expression of communal  intimacy.  When we eat together we delight in the same flavors, experience the same taste sensations; bonding over stories as we sustain our bodies.  This is an act that never fails to recharge my spirit, that of sharing a good meal.  It can be heavenly.  It is no coincidence that entire faiths are rooted in the potentially trans-formative experience inherent in the simplest of rituals—   the breaking and sharing of bread and the pouring and drinking of wine.

If food is to be successful, “it must be prepared with love.”  We repeat this mantra like a collective religious chant.  Love.  Love in the food.  Heart in the dish.  Modern food is an offering — a basic and primal need tied up nicely in a pretty package. The most successful chefs are those brave enough to convey genuine emotion in their cooking.  One bite wraps us in its savory arms like a mother’s hug, another combination of flavors is smoky, its warmth  perhaps evoking the memory of BBQ shared on a hot summer day, the next soulful mouthful is spicy and sweet, its unexpected kick settling fearlessly on the tongue like the lingering kiss of an expert lover.  A good Chef lays the emotions of his or her life’s experience fearlessly on the plate.  This is an ultimate act of love, this courageous offering of self, daring the recipient to embrace or reject that which is dearest to the bestower.   That’s where the bravery comes in.  Love is often unrequited.  Succeeding at this act is how a great Chef separates himself from the pack.

When an inventive artist like Chef Douglas Keane (Cyrus) puts food on a plate, his designs are indeed so pleasing as to be works of timeless art.  But it doesn’t stop with the pretty.  His flavors are as complex, well-realized and tantalizing as any I have ever experienced.  Maybe the best.  Each flavor floats along in the dish in an independent fury, proud, unrelenting; while at the same time blending perfectly with its companions.  He is capable of coaxing ingredients to harmonize like the Indigo Girls as they entwine to reach a whole that is heavenly in its consummation.  Seriously, eating his food is like an orgy of pleasure in your mouth.

As each of our dishes arrived we were salivating with anticipation.  Not a one was less than perfection.  Beyond the rapture of his food, the man’s personality comes through.  He is sincere, like his food.  He is welcoming, and it shows in his restaurant.  Every detail of the decor has been touched by the imagination, drive and determination of Doug Keane and his charmingly delightful partner, co-owner Nick Peyton.  Nick also manages the front of house for Cyrus, and this pair is determined to give their diners the ultimate in fine-dining experiences.  They succeed on every level.

My husband and I needed a break from the grind.  We wanted an escape to something that would remind us of the sublime.  I think we were as giddy at the conclusion of our meal at Cyrus as we were on our wedding day (and to his delight I remained for the most part sober, something I didn’t manage on the day of our original nuptials).  With everything going on in our world that is hard, or difficult or just plain wrong, the food movement presents the perfect opportunity to strike back at the negativity by replacing it with joyousness.  To the staff at Cyrus, I give a huge shout out and a hearty “Thank You.”

We were married on July 1, so our anniversary is always surrounded by Fourth of July festivities.  We can’t escape it, so we embrace it.  This weekend was no different.  After our lovely dinner, we stayed on in Healdsburg, and at the behest of our innkeepers went on to dine at several other remarkable establishments.

We had a five-course tasting at Madrona Manor the second night in town.  No idea what sort of treat we were in for, we arrived at this beautiful sprawling mansion at the edge of town with rumbling bellies, set for another adventure.  We tried to talk ourselves into eating the eight-course, but two large meals in a row seemed impossible and we allowed ourselves a slightly smaller indulgence.  Chef Jesse Malgren is a young master, and his culinary artistry, while not quite yet at Chef Keane’s level, is majestic.

The next night we tried Dry Creek Inn.  There were a few tastebuds we hadn’t completely overwhelmed so we kept at it, like troopers.  Chef de Cuisine Dustin Valette helms Charlie Palmer’s Healdsburg eatery with precision and skill.  Another magnificent meal.

While we were there we visited the Healdsburg Farmer’s Market, a bountiful gathering of local farmer’s goods.  The first of its kind in the State of California.  We also paid a visit to the Cyrus bar in daylight, to be welcomed back with open arms.  Chef Keane came out and greeted my husband and I, sharing with us his vision for the place.  Nick joined in and we had a lovely chat.  This was after the amazingly skilled bartender, Erica had treated us to two of the best cocktails I’d ever had.  Which is no surprise, since this was the bar where mixology began, at the hands of the renowned Scott Beattie.  When the lovely Erica told us of her friend Scott and his “little place up the street, Spoon Bar” I have to confess I failed to put two and two together.  Shame on this ignorant foodie.

I write often of the memories made enjoying the food I am blessed to experience with the people I love and who love me.  My weekend in Healdsburg was a cornucopia of such blessings.  A cascade of food such as one might hope to have in an entire lifetime, packed into a weekend. 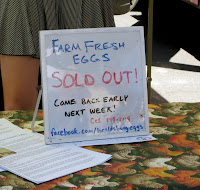 To be cooked for over mere days by Chefs with such rare gifts as are possessed by Douglas Keane (Cyrus), Jesse Malgren (Madrona Manor) and Chef de Cuisine Dustin Valette's (Charlie Palmer’s Dry Creek Kitchen).   To be offered liquid sustenance by the likes of Miss Erica and Scott Beattie is unimaginably delightful.  One cannot imagine these treats fully unless they have been experienced firsthand.

Restaurants of this kind and the haven they represent, are for me the last vestige of a civility that is sorely lacking in modern society.  They evokes a better time for all of humanity; a living example of my kind of family values.  The kind that sustains without judgment.  That challenges us to touch the quiet places in ourselves where we hold the things we love most.  When we think about stopping to smell the roses, experiences like this are the realization of that kind of self-awareness.  Even the best of us are often too focused on being connected to the rush, without thought of the consequence, the wear on the spirit, the lost time spent on meaningless and distracting tasks.  Such thoughts are impossible when being fed by the likes of Chef Douglas Keane.

Take a moment to breathe and participate in your own life.  It will be over in the blink of an eye.  And if you get to Healdsburg, do not miss Cyrus.  Have a meal there.  Make a memory of your own.