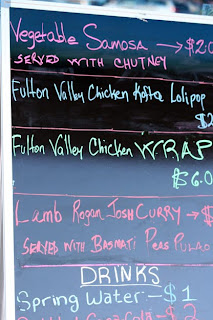 The end of summer.  Though in California September usually brings the beginning of the hottest season of the year, it officially marks the end of our balmy, beachy out-of-school days.  The hours of daylight grow shorter as the bright blue-gold sunlight turns to amber, as though to coordinate with the papery leaves that will soon flutter down from the trees.  When I was a kid, summer meant lazy days spent boating, waterskiing the many canals and throughways of the Sacramento River Delta.

My childhood memories of summer are vivid.  The smell off the water, vaguely fishy and tinged with mud, everywhere it ran brown and murky and deep. The yellow speedboat that carried us was fast, so fast everything around was a blur, a rush of reeds, gold and green, like living sunlight as we thumped hard against the river delta.  The waves splashing up over the bow left a soft mist on my face that the sunlight and the wind would whip away as soon as it was deposited.  Those glorious trips across the open water were something splendid.  There was little speaking, just the roar of the engine churning the water, the air rushing against my ears and the constant sun on my skin.  And that glorious smell of the rich delta mud.

Our final trip was always in late September or early October.  Those last days of summer carried their own kind of magic. My father called them Indian Summer, and they signaled not just a return to school from a time of what seemed like endless freedom, but a kind of communal closure as we all moved into fall together.  The drive home on our last outing always seemed to  bear a harvest moon.  It hung in the sky, large and luminous over the Delta, visible out the back window of my father’s car as we drove home for the final time.  That moon in my long-ago childhood memory still lingers in the sky, a perfect orb of yellow gold.

September begins our journey into fall, and Labor Day weekend signals the dog days are upon us.  A uniquely American holiday, this three-day weekend is more than back-to-school specials and furniture sales. It is a shared kiss goodbye to our collective summer vacation. Everyone, everywhere has fired up their backyard grill one last time.  Goodbyes are often bittersweet.

This past weekend, the question arose in our household of how to mark this auspicious occasion and give sweet summer a proper sendoff?  An effective scout, the BH often discovers foodie-related tidbits while reading his morning paper.  Openings, events and happenings.  He happened to run across an event that sounded perfect: a gathering of the Food Truck Mafia, culinary gypsies who travel from one location to another to bring their individual brands of tasty treats to the hungry.  The Food Truck Mafia was scheduled to be at Newpark Mall on Monday.  Being Labor Day itself, this event seemed the perfect way to celebrate the end of summer.  After quickly double-checking the schedule we planned our final day off around it.

The trucks set up and begin serving at 4:30, running until 9:00 pm.  We got there at five, and were immediately greeted by strains of Michael Jackson at a high volume, a heavy-set DJ playing boisterous dance tunes for the crowd.  The afternoon weather was gorgeous, more like mid-summer than September, and the crowds were diverse.  A collection of every age and color, all gathered under the Blue Top for some grub.   It felt like an oversized block party.  They had provided several tables to make eating some of the more challenging carry away cuisines easier.  Children ran from one truck to another, squealing out their choices for dinner to parents who could barely hear over the booming music.  Everywhere a variety of locals and shoppers who had wandered out of the mall to see what was going on were chowing down on a plethora of cuisines. The colorful trucks formed a big “U”, not unlike chuck-wagons circled to feed the field hands after a six-month tour on the cattle trails.  Yet there were no marauding Indians in sight.  The mood was festive and the smells welcoming.

In an attempt to be scientific in our ordering, and to make sure we sampled as much as was possible on a first visit, we walked by each of the trucks to absorb their menus before ordering.   It rapidly became clear we wouldn’t be able to sample anything close to everything, even one item per truck was overly ambitious.  We soldiered on, narrowing our choices to four savory and two sweet dishes.

We began with a threesome of Shrimp & Cheese Empanadas, mini hot pockets of spicy goodness, served hot out of the fryer (and I mean hot) offered up by the first truck whose wares we sampled, Marisco's El Malecon. We found a couple of seats at a communal table and enjoyed a few bites of our empanadas.  Since it was their party, we were in agreement that we had to sample something from Grillstars and I’d selected (and ordered) a side-dish they were offering titled  “Crazy Fries”.  After placing that order, I imagined I would be handed a basket of fries and go off to sit with BH until we polished them off.  Best laid plans and all, the wait turned out to be over twenty minutes.  (Tho well worth it taste-wise, the standing around was not particularly pleasurable.  I wonder if there might be a better way to call out orders to keep people from having to stand while they wait for their meals to come up.)  Making the best of the wait, I observed a little of the food truck culture firsthand.  The salesgirl from El Malecon came over to order a burger, and Grillstars’ chef insisted that her money was no good there.  It would appear to be the custom that food trucks feed one another’s staff for free.  Like family. Classy.

After my twenty minutes of running over to our table for a bite of empanada and running back to the Grillstars' truck to wait on my order, I was at last presented with a gimongous order of hot-out-of-the-fryer french fries, beautifully cradled in piles of smoky grilled beef, creamy nacho cheese, crumbled bacon and a lovely little dollop of fresh sour cream.  Every bite was covered with toppings, and every mouthful of the crumbled burger meat carried the lovely smoky flavor of freshly-grilled beef.  Absolutely worth the long wait. The cheese was a nice gooey consistency, sticking to the fries without being gummy, the bacon bits and sour cream coming together nicely, adding their own tasty music to the mix.  It was the best plate of “topping” fries I’ve ever had.  All for around four bucks.


Next up was the Butterfly Shrimp & Dipping Sauces from Bigg Shrimp’n.  These kids know their shrimp— we were served large, beautifully butterflied, whole prawns fried up in a light golden almost tempura-style batter that was almost effervescent.  Closer to cotton-candy than dough.  The sauces were fresh, made in-house, and just delicious.  We tried the Sweet & Sour (reminiscent of a Thai tomato-garlic sauce, it bore no relation to the thick red sauce of my takeout-Chinese childhood) and a Seafood Cocktail Sauce.  Bigg Shrimp’n’s Cocktail mixture was mildly spicy, with fresh horseradish being beautifully blended with fresh, ripe tomatoes.  Right then I was diggin’ the fresh trend in food prep.

Next I tried the Lamb Curry offered up by Munch India.  The meat was tender and fluffy and the curry mild yet packed with flavor.  The basmati rice was aromatic and light, and served as a perfect foil to carry the thick sauce over the lamb.


By the time we’d finished off our four savory treats we were ready to move to dessert.  We went first to the colorful blue truck with the pretty girl on the side (fun design).  Twisted Chill is run by Jesse Soares & Michael Moules and the duo serves up a non-dairy soft serve.  Now ordinarily I’m a fan of “real deal” foods, but their organic take on this American favorite was no joke.  The creamy delicious red velvet version was sweet without being overly so, the flavor unique and craveable and the mouthfeel was creamier than a teenager’s pillow.  The guys offer up all manner of fresh fruit from within the truck and an assortment of dry organic cereals, chips, sprinkles and other treats in the self serve compartment outside the truck.  In addition to serving up great desserts, the guys are affable and informative.  I think they will do very well at this.

Our last stop was at That’s Sweet! Desserts, a cupcake and assorted baked goods truck whose list of wonderful flavor combos taunted us with it’s variety.  We settled on a Coconut Chocolate, Chocolate Orange, Sea Salt and Caramel and a mini Peach Pie.  The BH and I have at this point consumed every last bite, but I was in love with my first mouthful of the Chocolate Orange.  Moist, kissed with citrus and just sweet enough, this gal can bake.  Lucky us.  We had the Sea Salt later that night and the hint of salt and finish of toasted caramel, still linger on my palate urging me to return for more.

The experience was a delight.  I’m a fan of fine dining, but who’s the rule guy who says a great food experience can’t be found on a truck in paper containers?  Not I.  These gatherings are a perfect time to gather with friends and family, enjoy the fading sunlight as the days grow shorter until the damp months are upon us and we are forced to retreat back into our homes to shelter in place until the sun, and the trucks return.

Their schedule can be found on Facebook at the Food Truck Mafia page. Check it out.  Make a memory of your own.  Have the crazy fries, I dare you!